Minetest servers allow players to play online with other people. They can be run from a dedicated server, a Virtual Private Server or a home computer.

This is not a list of servers, please see the Minetest Server List or Minetest Forum servers section instead. In order to play on a server at all, you need to know the address and a port number of a server first. There are many ways to find those addresses:

Connecting to a server

If you have obtained address and the port number of a server, you just have to enter those values into the respective fields in the “Join Game” tab in the main menu and click on “connect”, or press Enter. In case you used the in-game server list, Minetest automatically enters those values for you.

You also need to choose a player name. Player names need to be unique on a per-sever basis. You can choose a password but this can be empty on some servers.

The account registration in Minetest is explicitly mentioned as such and can be confirmed while confirmimg your password when you first job a server. In a player account all information about your player character, such as health, items, name, etc. are stored on the server. A player account is only valid for one server, so you can have different player names on different servers.

'IMPORTANT: An account is registered as soon as you connect to the server successfully for the first time after confirming your password on the server.

The first step is to pick a player name (which is valid for one server only):

IMPORTANT: Remember and triple-check the password before you connect on a server for the first time. Minetest will ask you to enter the password again for confirmation. If you messed it up in the first time and don't remember it, you will be unable to confirm your account creation.

Warning: There is also no automatic mechanism to recover a lost password. If you lost your password, it's tough luck for you. You could try to contact one of the server operators, but there is no guarantee they'll help you.

If you picked both name and password, hit “Connect”.

To log in to the server again, just use the same credentials on this server as before.

Playing on the server 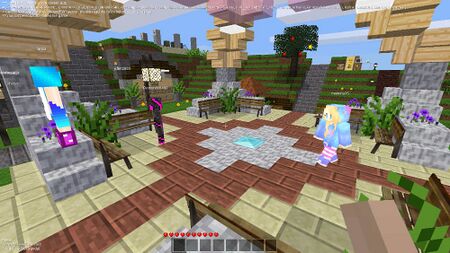 At the spawn of Switchboard PVP made by yngwie123 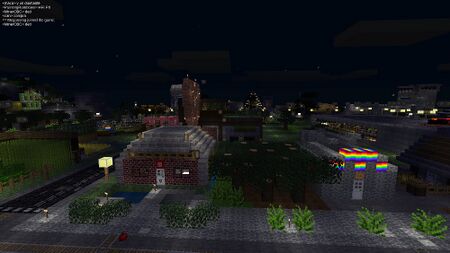 The gameplay in a multiplayer server is basically the same as in a singleplayer game. The same rules apply. See Getting Started for gameplay-related concepts. Well, at least in theory.

In practice, every server is different. They can either just host the vanilla Minetest Game, or host Minetest Game with many crazy mods installed, or even host an entirely different game. Be prepared to be surprised! :D

Also, you can generally connect to all servers, no matter how many mods they use or what game they host. No need for additional configuration or manual downloads. All data you need is downloaded automatically for you.

“Griefing” and “protection” are two words you will read frequently when playing on servers.

“Griefing” refers to the act of destroying, damaging, or vandalizing a building built by other players against their will. On some servers griefing is forbidden, on some servers it is allowed.

Protection mods are very common on servers. A protection mod is a mod which grants players ownership to certain parts of the world. Only the owner can add or remove blocks in an owned area. Protection basically eliminates griefing.

See setting up a server for information running your own server.